studied violin at the Musikhochschule Köln and taught himself the piano, which he then later studied. In addition, he pursued the study of non-European tonal systems and computer music. He gathered his experience with new and experimental music through intensive work with many composers from the Kagel “school”, including Maria de Alvear, Carola Buckholt, and Manos Tsangaris. He has worked with various classical and jazz ensembles as pianist, synthesizer programmer, violinist, and singer. Albrecht Maurer belongs to a special part of the jazz world, named Modern Creative Jazz. Modern Creative is a contemporary form of Creative Music, which is seen as a further develovement of „free jazz“. It is non commercial.

In the last few years Albrecht Maurer has concentrated on the composition and interpretation of partially improvised music. Additionally, he has focused on expanding and re-inventing the violin’s musical place: his works are characterized by sounds and loops, a broad timbral spectrum, and percussive imitation and grooves all in combination with the energy of jazz and a classical technique. Albrecht Maurer was part of more than 50 radio recordings and he was intensively supported by the WDR radio Cologne, who followed his personal developement as player, as well as composer. 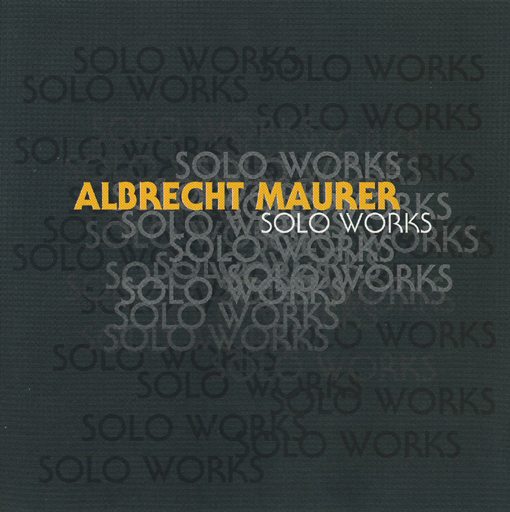 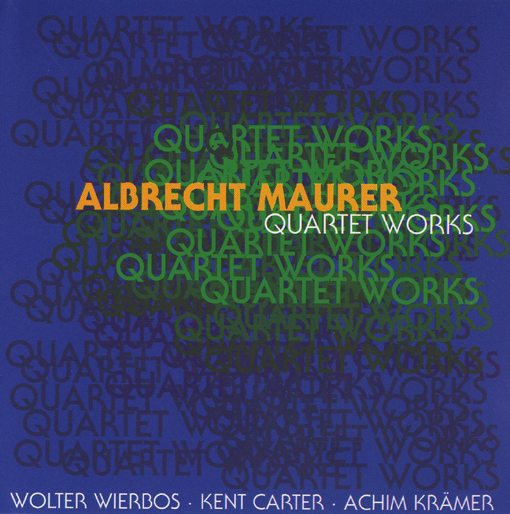 When the quartet first met in September of 1994 I wondered if we could succeed in developing a homogeneous sound with this unique instrumentation. The trombone and percussion are normally associated with loud dynamic music – very different from string instruments. Our first impression was quite astonishing. Wolter’s frequent use of mutes and Achim’s sensitive choice of sticks – to the point of using Chinese chopsticks – leaves room and transparency for creating rich and complex music with clarity. The blending of sounds of trombone and percussion with Kent’s overtones and chords allows us to produce sound sculptures of chamber-like quality, which is just what I was aiming for: building a bridge between avant-garde and jazz. I’m happy and grateful to have found musicians that approach both these worlds with opennes and sesitivity. — Albrecht Maurer 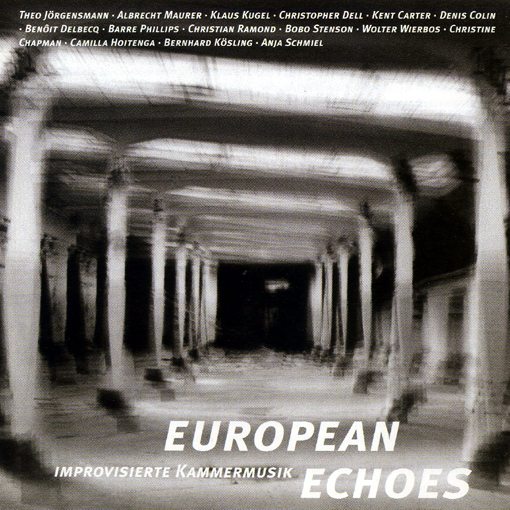 In 1999 Theo Jörgensmann and Albrecht Maurer were asked by the Bayer AG’s department of culture to arrange four different projects of jazz improvised chamber music. Four concerts titled European Echoes were organized, coproduced with the WDR. These performances took place in the Erholungshaus in Leverkusen. This CD of live-recordings is a sample of this project.

This genre has been developing for some years now. It was created by a new type of musician who both composes and improvises/interprets, with a thorough understanding of music and in openness to all kinds of music. In other words, he takes full responsibility for his musical actions. The musicians who work in this genre use a new variety of musical roots which are expressed in the work. Characteristically, the sound is emancipated, tonality and atonality have the same value and it is free from the restrictions of long musical forms – thus they are able to find new ways of creating communicative and collective music. The pieces of music presented here have a wide range of different styles with more or less precise instructions. Free improvisation is mixed with different concepts, abstractly written material, programme music and wide-ranged simultaneity of fully composed and improvised parts of music.

originally describes the echo of the American jazz of the European voices in the 705. Today Improvised music” is established in Europe. European musicians are affected by both foreign and traditional material. They are on the lookout for an individual communication, which can be used worldwide. At the same time, European reflections gain asscociative power. These ideas come to life by compositional incentives. European Echoes is becoming a symbol of the revival and vitalization process in contemporary music.

ALBRECHT MAURER TRIO WORKS | THREE OUT OF ORIGINALLY six PARTS OF THE SUITE FROM THE LIGHTNESS OF THE UNBEARABLE BEING ARE PRESENTED. THE FOCUS IS ON FILM MATERIAL. A PROGRAMMATICAL MUSIC FOR IMPROVISING MUSICIANS.

1. CYBERLOLA – Albrecht Maurer. Fully composed miniature, according to the unbearable easiness of a prologue.

3. SCHÜTZENFEST – Albrecht Maurer. The only fixed sentence is play a fantasy in the character of Jacque Tati’s Jour de Fete. This results in a piece of music of compositary tenseness, which has nevertheless been discovered collectively.

THE QUARTET CREATES ABSTRACT CHAMBER MUSIC BETWEEN CONTEXTS OF NOTES AND FREE SPACES WHICH ARE CONNECTED LOOSELY AND WHOSE DRAMATIC DEVELOPMENT ARE DETERMINED BY THE AESTHETIC POWER OF THOSE MUSICIANS IMPROVISING.

4. HOMMAGE A BELA BARTOK – Theo Jörgensmann. Homage a Bela Bartok is an attempt to revive folklore colours and moods by improvisation. A powerful stream of music is created out of a minimalistic floating introduction which leads to a theme whose clarity and folklore background reminds us of Bartok.

5. X-MOTION – Albrecht Maurer. The key to this piece of music is a small collection of ,,loops” of different lengths. They are played simultaneously. By this means, the same material always sounds new. The crossing relationships inspire a theme (the desire for contrast) as well as two duo encounters.

THE QUINTET-PROJECT IS ON THE LOOKOUT FOR THE ORIGIN OF ORGANIC MUSICAL POWER. THIS POWER CAN BE DEVELOPED BY AN INTENSE FEELING OF THE PRESENT MOMENT. THE MUSICIAN’S ATTENTION IS NOT FOCUSED ON A SPECIAL PLAN, IT IS OPEN TO EVERYTHING. THE COMPOSITIONS ARE LOOKING FOR AN IMAGINARY KEY INCENTIVE TO CREATE THE IMPRESSION OF ,,UNFILTERED” AWARENESS. THIS IMPRESSION OF THE MOST INTENSE AWARENESS OF THE PRESENT MOMENT ENABLES A NEW KIND OF CHAMBER MUSIC TO DEVELOP BETWEEN DIFFERENT MUSICAL WORLDS.

6. LA REUNION – Albrecht Maurer. La Reunion is an island in the Indian Ocean with an enormous volcanic landscape. For Maurer it is a symbol of the presence of our planet’s power. A fertile tropical paradise of bubbling lava. This music is full of friendly images which make you feel the power of  “Mother Earth”.

7. C&A – Theo Jörgensmann. The department store C&A is a symbol of the intensive presence of our potential of playing. Just as chocolate can be found close to socks on the next table, all our musical roots are of the same value in the present.

Christopher Dell’s ,”Urwelle” is an optional composition of time segments which makes it possible for improvisers and interpreters to play not just additi-vely but interactively together. This results in an osmotic connection of sound visions and rhythmic perspectives of space. Like a rhizom, the piece of music has not only got multiple layers but those layers are rooted in each other. Dell’s intention is a metaphorical procedere, moving on the margins of reality, to come to the essential by the in-between. ,”Urwelle” does not search for it, it finds it.