… these are jazz standards and their own compositions. This is a great sound of acoustic instruments. These are new arrangements and a new way of improvising. This is no noise, no pain music this is a quintessential of modem jazz…

“… I’d like to give you some information about the World Strings Trio. We have had them in our Jazz Club in Villingen (Black Forest, Germany) last year and they were sensational… I can strongly recommand them to anybody who would give them a chance. It is hard for Polish musicians to break through, although when they do everybody raves about them. Anyway, they are of course LIVE much better then any CD could indicate. The audience was just ecstatic and demanded encore after encore…” — Lisa Boulton (Black Forest) 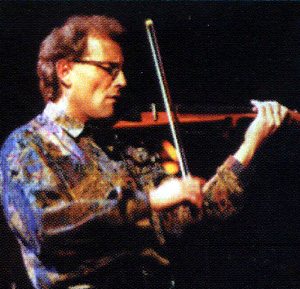 Maciej Strzelczyk – violin. Since many years he considered to be the best polish jazz violinist. He made a debut in 1983 winning the award at the Jazz Juniors Festival. In 1985 he won “The Golden Bow” at the – international Jazz Violinists Festival in Szczecin. In the next year Maciej got the first prizes at the “Jazz On The Orda” and “Pomerania Autumn” festivals and also the second prizes with his quintet “Set Off” at the Hoeilaart Jazz Festival in Belgium. He works with the top Polish Jazz artists such as: Tomasz Stanko, Zbigniew Namyslowski, Wlodek Nahorny, Kazimierz Jonkisz and many others. Recently he toured several times in Poland with American musicians for example: Philipe Catherine, Robert Irwing III. He recorded many albums: as a leader “Music For M” and “Jobim” with Kazimierz Jonkisz “XYZ”, “Outsider”, with the saxophonist Namyslowski “The Last Concert”, with the trumpeter Tomasz Stanko “A Farewell To Maria”, with pianist Wlodek Nahorny – “The songs from Lvov”, Szymanowski – “Myths”. 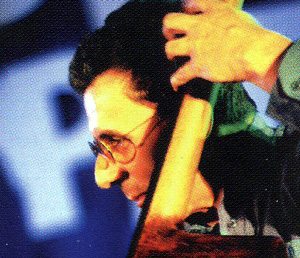 Piotr Rodowicz – bass. Graduated of 1990 from Berklee College of Music in Boston and Academy of Catholic Theology in Warsaw in 1980. He co-lead the “In-tradition” quartet of modern Jazz in 1984 winning the grand prize and the first prize at Dunkierque Jazz Festival in France. In Boston Piotr performed with such musicians as: Bob Moses, Josh Redman, Skip Haden, Walter Davis Jr, Bo Winkler Big Band. Back in Poland he worked with mostly all the top players such as: saxophonist Tomasz Szukalski, Janusz Muniak, the drummer Kazimierz Jonkisz, pianist Wlodek Pawlik, the trumnpeter Adam Kawonczyk etc. Recordings: In 1995 with his quartet “Mingus, Mingus” as a tribute to Charles Mingus music. In 1996 he created and recorded another quartet devoted to Thelonious Monk music. With the trumpeter Adam Kawonczyk “The Dream Seller”, and in 1997 he prepared and recorded multimedial original program “The Prophet” by philosopher Khalil Gibran. 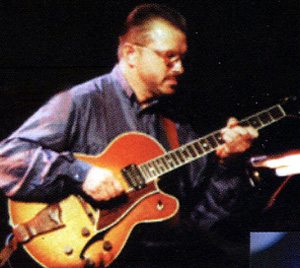 Krzysztof Wolinski – guitar. One of the most regarded jazz guitarist and composer in Poland. He made a debut in Guitar duo COMPLETORIUM in 1978 winning the main prize and the Wild Bill Davidson Award at the Gold Washboard Jazz Festival in Warsaw. He toured a lot in western Europe with various artists, beginning multi style musician. Krzysztof also wrote the music for the theatre company in Edinburgh, England. He recorded among the others with altoist Henryk Miskiewicz “Purple Bossa”, with guitarist Janusz Strobel “Just Quartet”, with pianist Wlodek Nahorny “Their Portrait”, with Maciej Strzelczyk “Jobim”, with singer Kasia Rodowicz “It’s You It’s Me”, with pianist Janusz Stoklosa “Talk Show Boys” and many others.